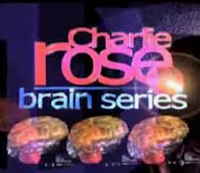 I recently happened upon the Charlie Rose Brain Series on PBS. It was Series 2, Program 2, "Consciousness".
One of the participants described a seminal experiment as follows:
One group of subjects viewed a screen on which words were flashed too quickly to be consciously understood. The words were similar to "mean", "devious", or "nefarious".
Afterward, both that group of subjects and a separate group were givenneutral information about a certain person, and then asked to say what they felt about that person. The group which had viewed the words said that they had doubts about the person, that they felt the person might be devious.
The other group simply said they didn't have enough information to opine much about him at all.

The following conclusions were drawn from this experiment:
The mind can learn from the meaning of words subconsciously viewed.
This learning is by the "fast" mind as opposed to the "slow" mind.
All I can say about this experiment is that I think these scientists are
definitely on the right track!

Posted by B. Cushman